In 2014, Lammhults Möbel AB was proud supplier of furniture to the Gothenburg Court House, which was designed by the architect Gunnar Asplund in 1936 and, after extensive renovation work, has now found a new role as Gothenburg City Hall from 2014 onwards.

The Gothenburg Court House is in two parts, an older part dating back to the 17th century and an extension from 1936, designed by the architect Gunnar Asplund. The extension is one of Asplund’s foremost works, known and appreciated all over the world. Gothenburg District Court was housed in the building without a break until 2010, when it moved to a new home. After extensive renovation work, the building has now found a new role as Gothenburg City Hall from 2014 onwards.

GAJD architects had a complete assignment for the conversion, from preliminary study and project planning to fitting out. Caroline Losman, interior designer for the project, explains:
“The style of the building can be described as Modernist. It is clearly rooted both in its time and in its setting on Gustaf Adolfs Torg. The exterior and interior are designed throughout in every detail. The result is a work of art in its own right, with light, materials and furnishings combining to form a whole. When Asplund designed the interior of the Court House, he took as much care over the furniture as he did over the building itself. Chairs and tables in the chambers, court rooms, offices and canteen are all specially designed. The furnishing is a great part of the character of the building and says a lot about its original use and configuration. Many of the pieces were stored in the building and were carefully restored at the time of the conversion in 2014. The older pieces have been complemented with new furnishings, particularly in the conference rooms and public spaces.”

For this prestigious project, Lammhults supplied a number of products from its collection, including Addit modular sofas and Add tables by Anya Sebton, Comet and Cortina conference chairs by Gunilla Allard and Archal and Atlas conference chairs by Johannes Foersom /Peter Hiort-Lorenzen.

Caroline Losman continues:
“Our aim with the new interior was to create new and practical meeting and conference rooms. It was also important to show that the furnishings provide new functions and that they are clear additions in terms of shape. Asplund’s sleek designs guided us in the choice of new furnishings, whose form and wealth of detail create a modern but also timeless impression.” 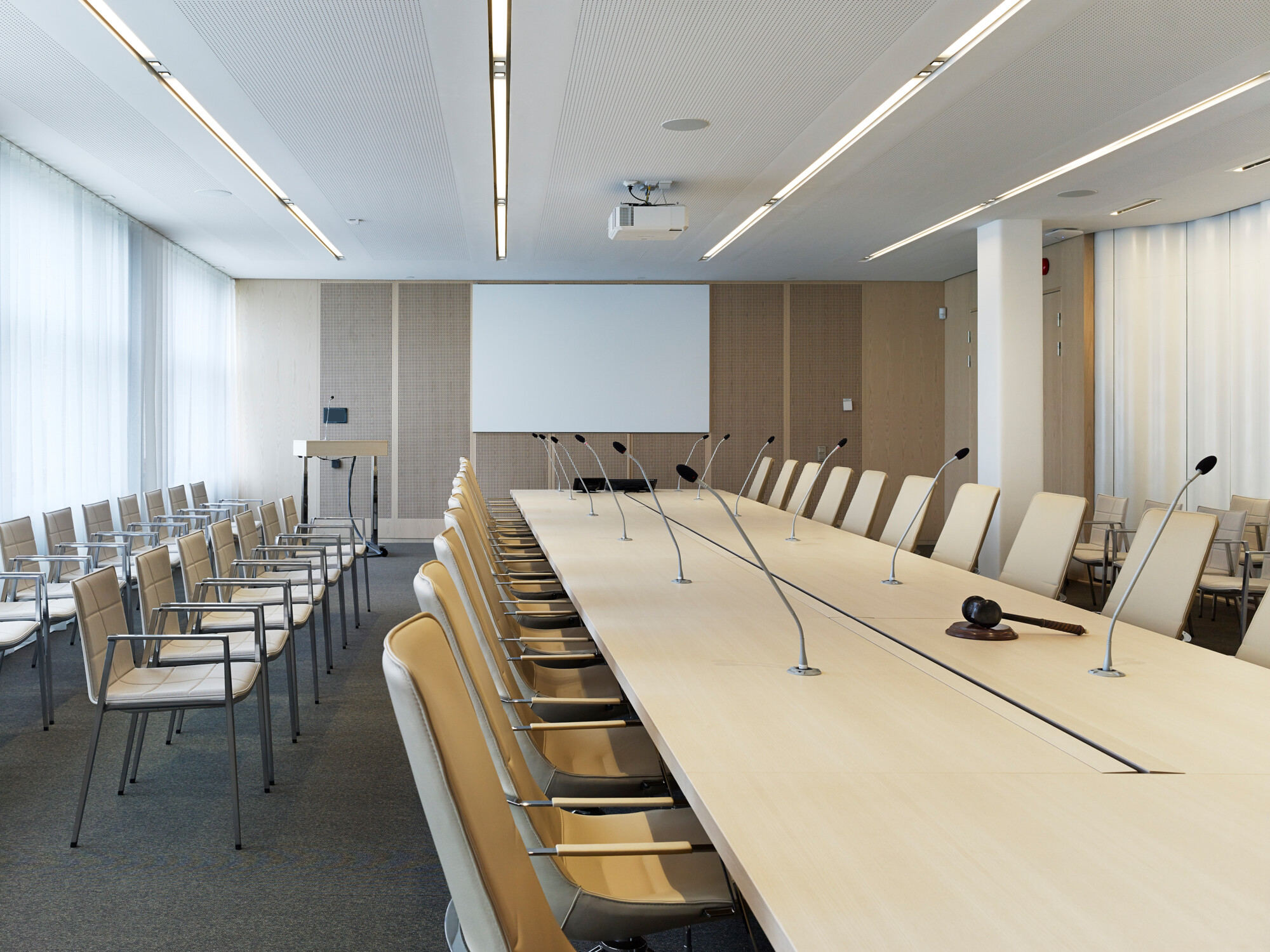 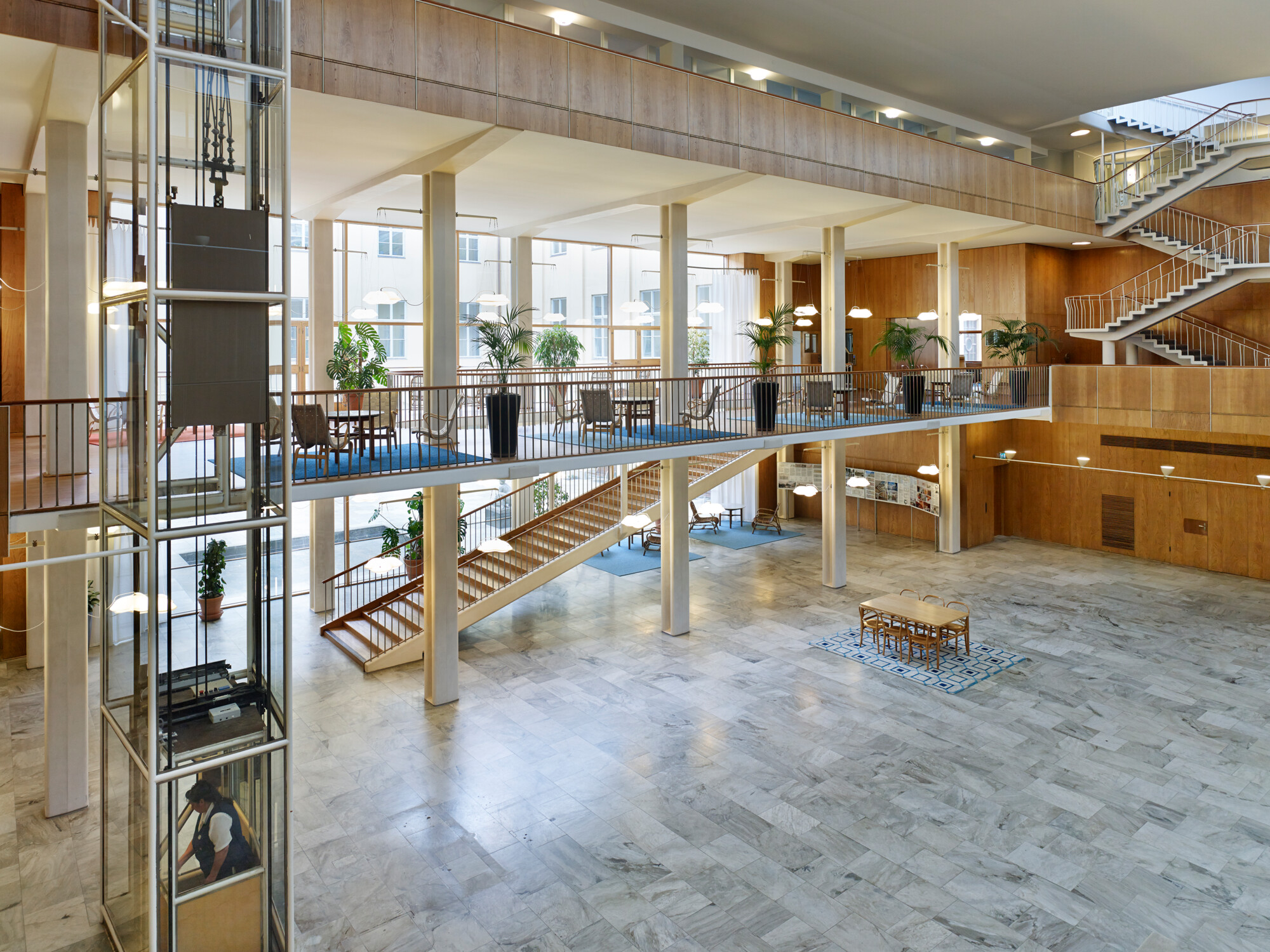 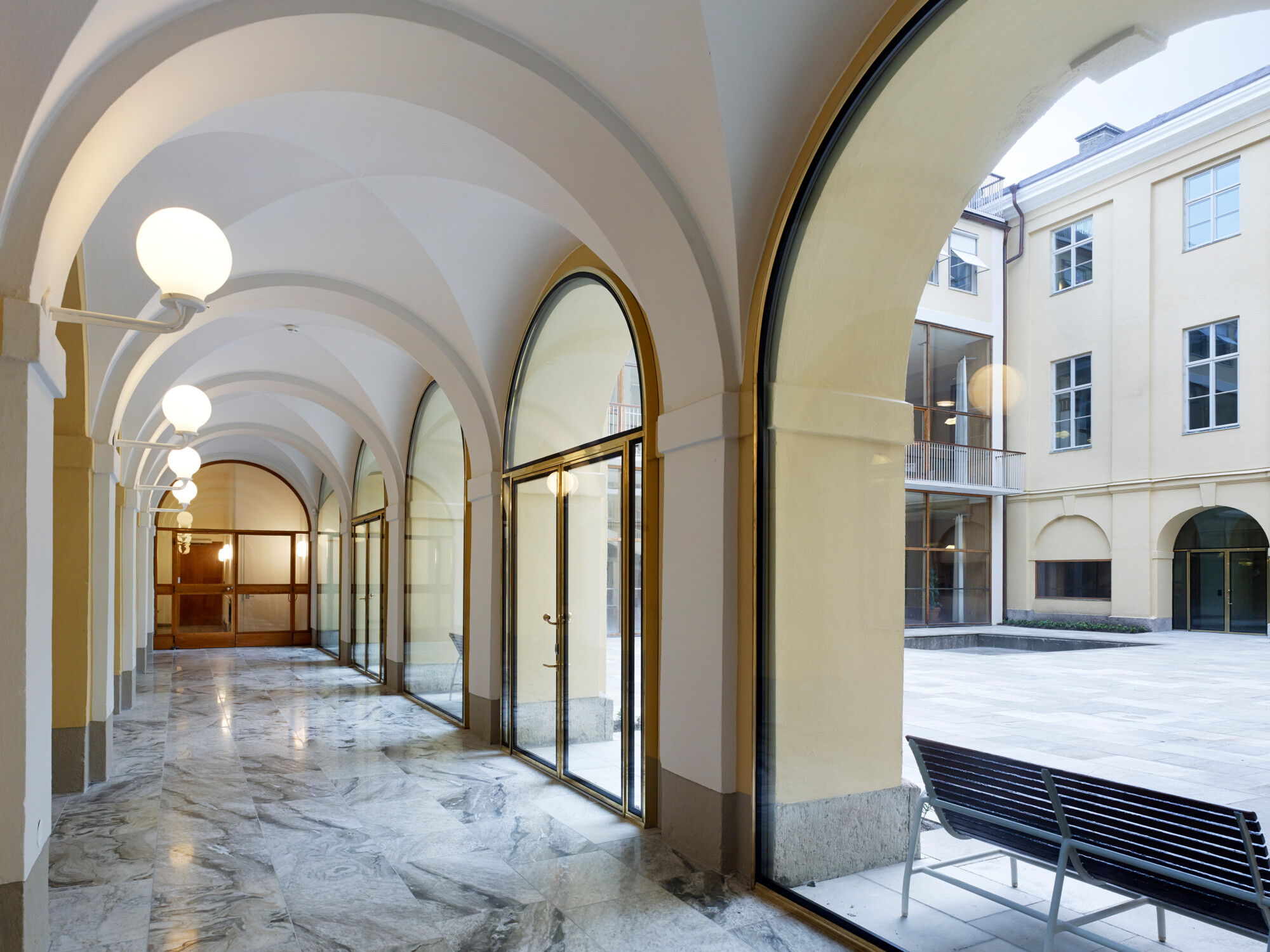 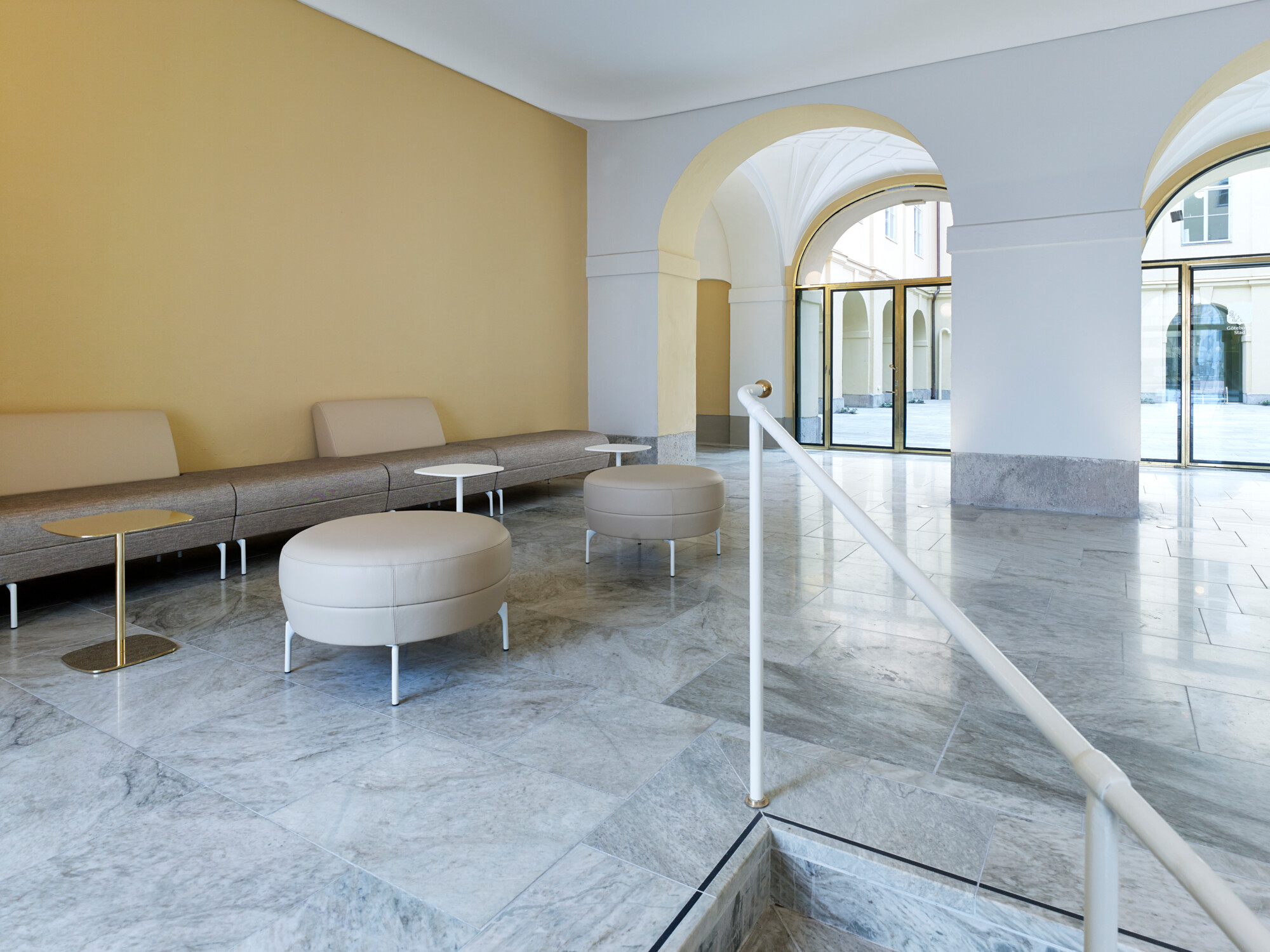