Lammhults founder, Edvin Ståhl, was born 1896 in the Swedish village of Lammhult and had an early interest in furniture design.

Already back in the late 20’s he and his brothers started a furniture industry with focus on furniture for both home and office environments. This company was then sold on to KF (Sweden´s Cooperative Society) but Edvin continued to lead it for a long time. Alongside this, in 1945, Edvin started a small mechanical workshop, Lamhults Mechanical Workshop AB, which produced fittings and other details to the local furniture industries. When Edvin after about ten years began designing and producing furniture in the workshop the company was renamed to Lammhults Möbel AB.

The first piece that was produced was a simple stool called 282, and a chair series named Pyramid. Both had frames of bent steel tubing. This was the beginning of Lammhults development from a subcontracting company to becoming a pure furniture producer. Edvin wanted that both the stool and chair should be practical, timeless and above all have a clear and simple design. Still today Lammhults work with these key words in the design process.

In honor of the pioneer Edvin and his work Lammhults relaunches the stool, now called Taburett, from Edvin’s original 282. 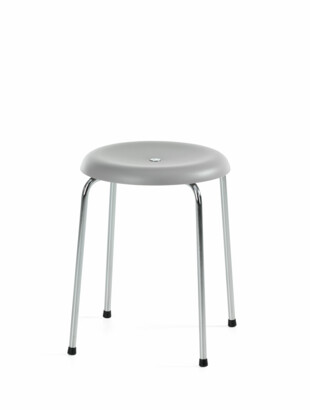